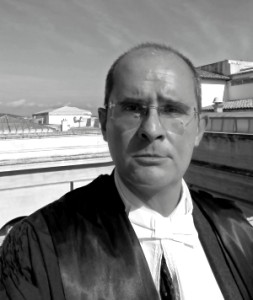 Gabriele Pirocchi’s practice includes the assistance to some of the most important Italian and foreign engineering and construction companies on Public/Administrative, Town Planning, Energy, Environmental and Biotechnology laws and regulations as well as on expropriation procedures and privatization of public companies and plants. He also specializes in administrative litigations and is qualified to assist clients before the Italian civil and administrative Supreme Courts (“Corte di Cassazione” e “Consiglio di Stato”).

Mr. Pirocchi served as in house legal counsel to the Montedison Group and Tecnimont S.p.A. from 1991 to 1994, where he was involved in the assistance on several environmental legal matters and, in 2001, he was a member of the Commission established by the Minister for Public Administration, Mr. Franco Frattini, to reform the public authorities and agencies system. In 2003 and 2004 he was in-house expert of NARS, a public body supplying legal assistance to the Treasury Ministry on the public sector tariff system. Prior to forming, as a founding partner, DDPV Studio Legale in 2015, Mr. Pirocchi worked for a UK Magic Circle law firm and thereafter practiced at his own family boutique law firm “Studio Pirocchi”, founded in 1883 by Francesco Pirocchi.

Mr. Pirocchi is also a lecturer in several national conferences and seminars on construction and public works, privatizations, public utilities, and many other public law matters and is also author of many publications in such sectors.